Top 10 Things To Do in Cincinnati, Ohio - From a Local!

I was born, raised, and attended college in Cincinnati. I’ve been so impressed to see the city continue to grow and change over the years. Cincinnati has a great art scene, a wide selection of breweries, beautiful neighborhoods and wonderful people. In my opinion, not enough people know about all of the amazing things that Cincinnati has to offer.

What is Cincinnati Known For?

Cincinnati is most known for its rich German heritage, unique chili and as the origin of America’s oldest baseball team. The city sits on the banks of the Ohio River directly across from Kentucky and was first incorporated in 1819. Today, the greater Cincinnati area covers the “tri-state area,” the intersection of Ohio, Kentucky and Indiana.

While Cincinnati offers so much more than this list can cover, these are what I consider to be the best things to do in Cincinnati.

Nicknames for Cincinnati include The Queen City, Porkopolis, The City of Seven Hills, Cincy and The ‘Nati.

1. Experience One of the Best Views of Cincinnati

Cincinnati is known as the “city of seven hills” for the several hills that surround the downtown area. Many of the hills have parks with amazing viewpoints overlooking the Cincinnati skyline. Enjoying a scenic viewpoint from a park is also one of the best free things to do in Cincinnati.

My favorite viewpoint is in Devou Park, an expansive park located south of the city in Northern Kentucky. From this angle, you’ll get to see the Ohio River and iconic bridges in the foreground of the city.

Another amazing spot for city views is Price Hill. In Price Hill, you can visit the Olden View park for free, eat at one of the restaurants surrounding the park (Primavista and Public Incline House) and enjoy a city view from the west.

To view the city from the north side, visit Bellevue Hill Park, an often overlooked gem close to the University of Cincinnati.

Union Terminal, or now known as the Cincinnati Museum Center, was originally built as a train and bus station in 1933. The architecture is an impressive example of the art deco style and features a large central rotunda. A large portion of the rotunda walls feature murals made of mosaic tiles that depict Cincinnati industry.

The building is impressive on it’s own, but the museums inside of it are great for kids and adults alike. There is a Cincinnati history portion that features a replica city street and steamboat. You can explore the many businesses and feel as if you have stepped back in time.

Across the rotunda, you’ll find the natural history and science portion of the museum. This museum includes dinosaur bones, an ice age exhibit and even a replica cave. Finally, if you are visiting with kids, the Children’s Museum is quite impressive. It includes several interactive exhibits that allow children to learn about machines, take control of their own town, explore the wilderness and more.

In addition to the museums, you can also enjoy a movie at the Omnimax Theater, go up into the control tower to see trains operating in the switchyard and whisper to someone across the rotunda from the corner drinking fountains. Overall, Union Terminal is one of the most fun and unique activities in Cincinnati for families.

Cincinnati is home to over 50 breweries with all different varieties of beers. The biggest and most iconic is Rhinegeist, which has an impressive industrial space in the historic Over-the-Rhine neighborhood. Some of their classic brews include the Truth IPA and the Bubbles Fruited Ale, but there is a large variety of other options plus seasonal brews.

Even if you are not a beer drinker, the atmosphere of the Rhinegeist Brewery is a lot of fun. The space offers cornhole and other games, food delivered via a pneumatic tube and a large rooftop space with city views.

If you love sour beers, you also need to visit Urban Artifact. This brewery is located in an old church in Cincinnati’s Northside neighborhood. They specialize in sour and fruit tart brews and their beers are packed with flavor. In addition to the delicious fruit beers, they have live music, games, and both indoor and outdoor seating. I would consider Urban Artifact to be a Cincinnati hidden gem.

4. Explore and Eat Your Way Through Historic Findlay Market 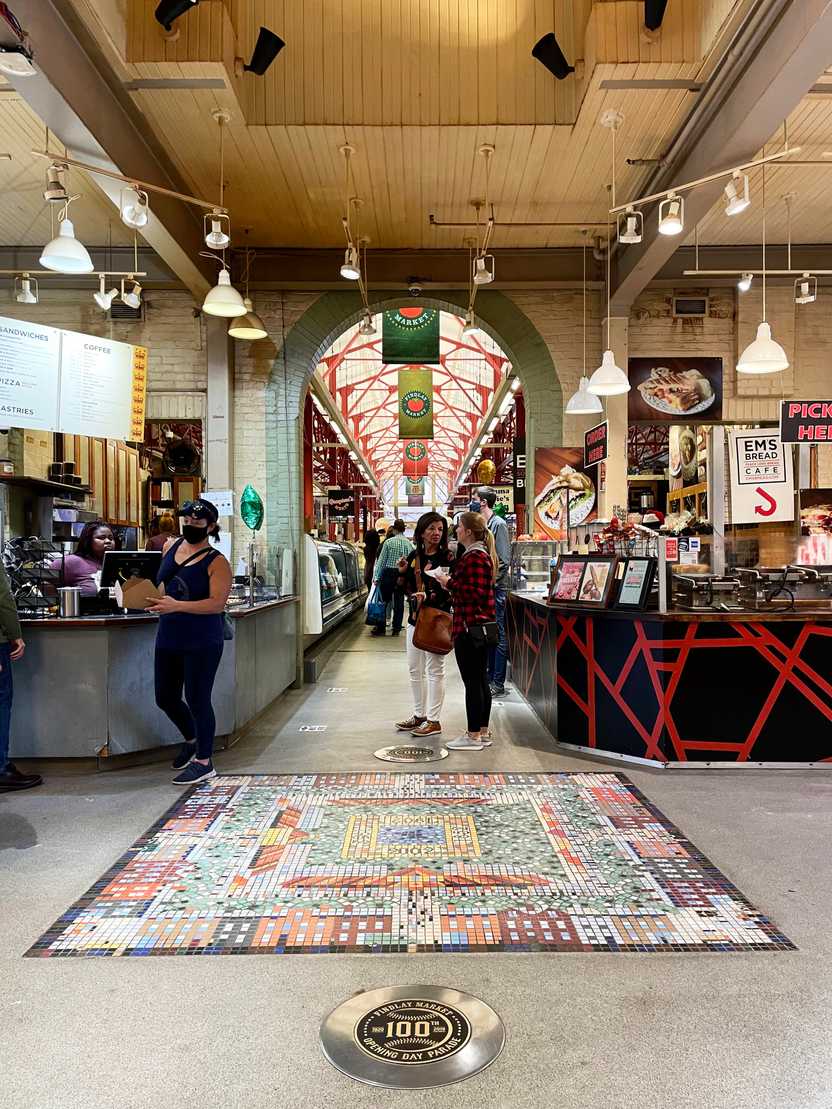 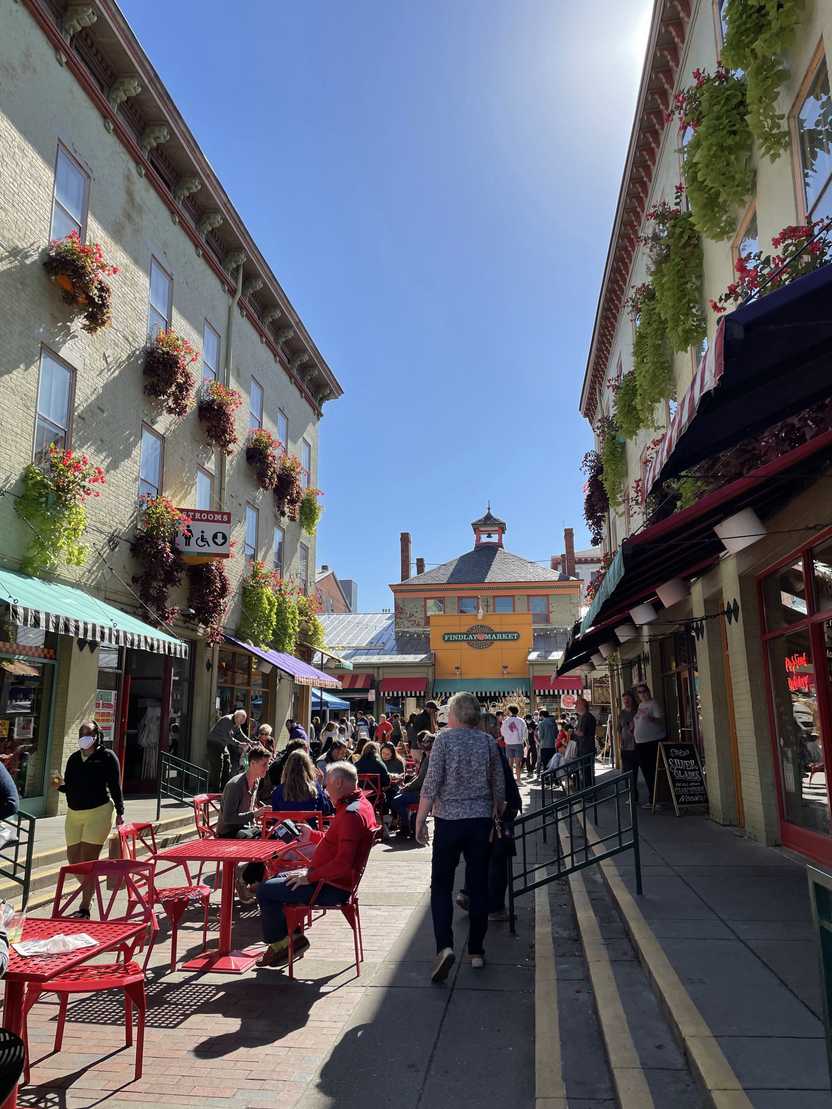 Findlay Market is the oldest continuously operated market in Ohio! It is also one of the must-see locations in Cincinnati. The market has an indoor hall along with space for many more outdoor vendors extending out from the main building. Go hungry and try a variety of local foods.

Vendors rotate constantly but mainstays include Taste of Belgium (try their waffles!), Eli’s BBQ and Babushka Pierogies. It’s an amazing place to spend an afternoon and enjoy the atmosphere, but you can also purchase produce, meat, spices and more for cooking at home.

Surrounding the market, you’ll see beautiful buildings with flowers hanging from the windows, as well as more great restaurants and shops such as French Crust Cafe, Goose & Elder and The Rhined. 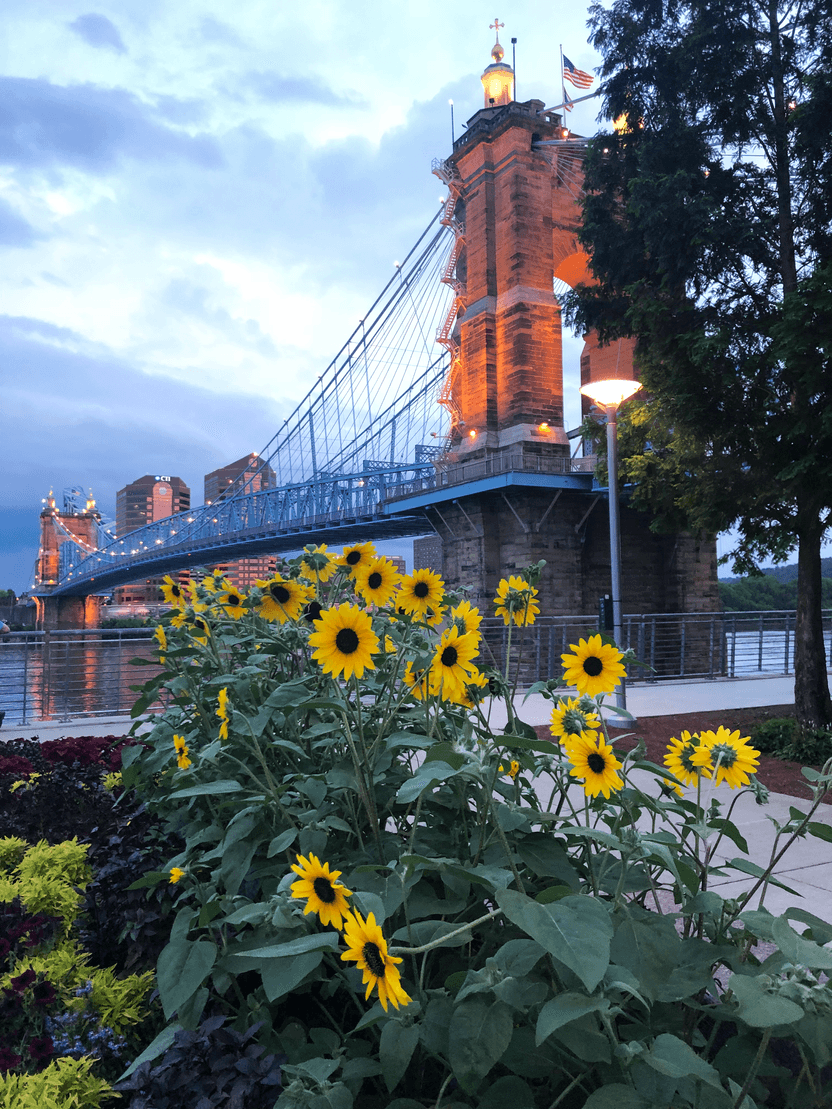 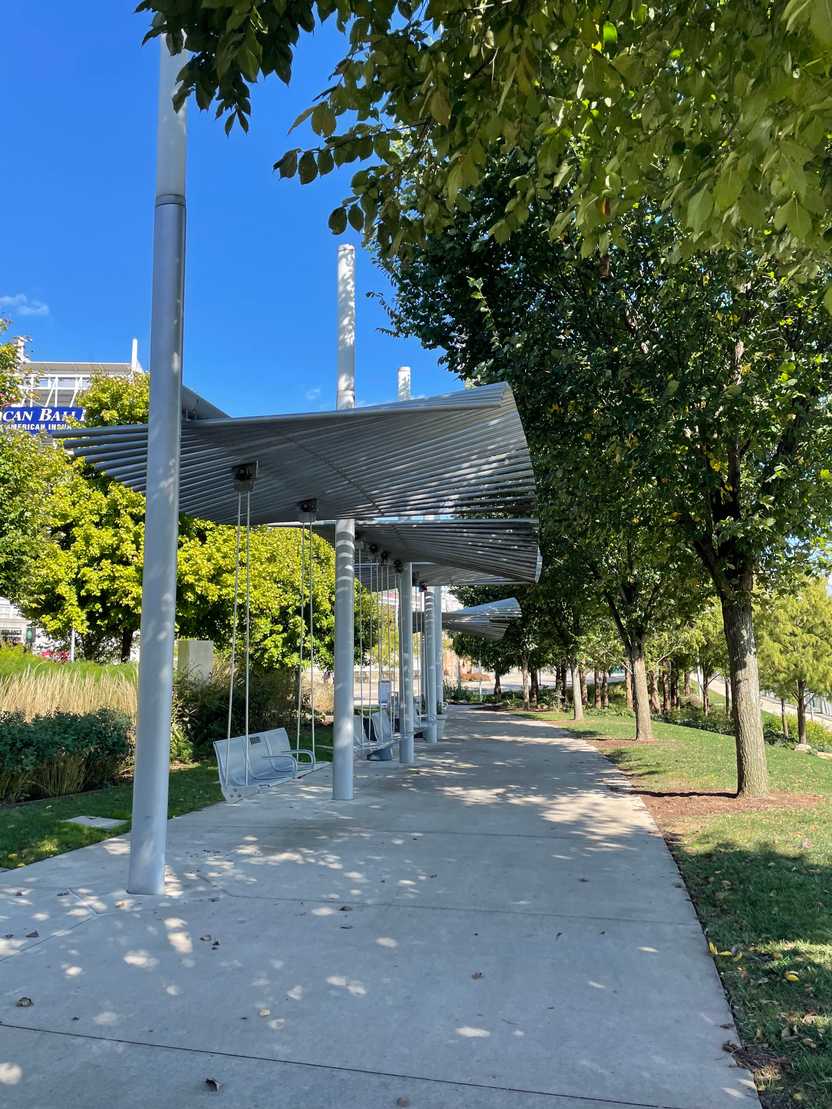 Cincinnati has a few different riverfront parks where you can enjoy time outdoors and views of the surrounding areas. Smale Riverfront Park is my personal favorite due to its location next to the Roebling Suspension Bridge.

The Roebling Bridge opened in 1867 and was built by the same architect as the Brooklyn Bridge in New York City. Also known as the singing bridge for the sounds made by crossing cars, pedestrians can also walk across the historic span.

Smale Riverfront Park offers a variety of activities such as an interactive flying pig structure for kids, a labyrinth, swinging benches, gardens and more. Next to the park is the Cincinnati Banks, where you’ll find the stadiums for the Cincinnati Reds and Cincinnati Bengals, along with several restaurants and bars.

Another great riverfront park to visit is Sawyer Point. This park has a serpentine-shaped wall that is made up of steps descending down to the river. You can sit on the steps and enjoy a picnic while watching boats and barges float by on the river.

This park also has access to the Purple People Bridge - a pedestrian-only bridge that will lead you to a fun development in Kentucky, Newport on the Levee. Newport on the Levee has great nightlife, an amazing aquarium and is across the iconic German restaurant Hofbrauhaus.

Over-the-Rhine is a revitalized neighborhood full of incredible nightlife, local boutiques, great food and more. While you’re in the area, be sure to stop at Washington Park. The park offers a water feature for kids to play in, a bar serving local beers, a lawn with space to spread out, a dog park and more.

Right across from the park, gaze upon the beautiful Music Hall, a historic building that has been designated a National Historic Landmark. Music Hall is where you would catch a performance of the Cincinnati Opera, the Cincinnati Symphony Orchestra and the Cincinnati Ballet.

I could go on and on about all of the amazing businesses in OTR, but here are some highlights: Sundry & Vice and Japp’s for cocktails, Brown Bear Bakery or Holtman’s Donuts for breakfast, Homage or Idlewild for clothing and Gomez Salsa or Goodfellas for late night eats. 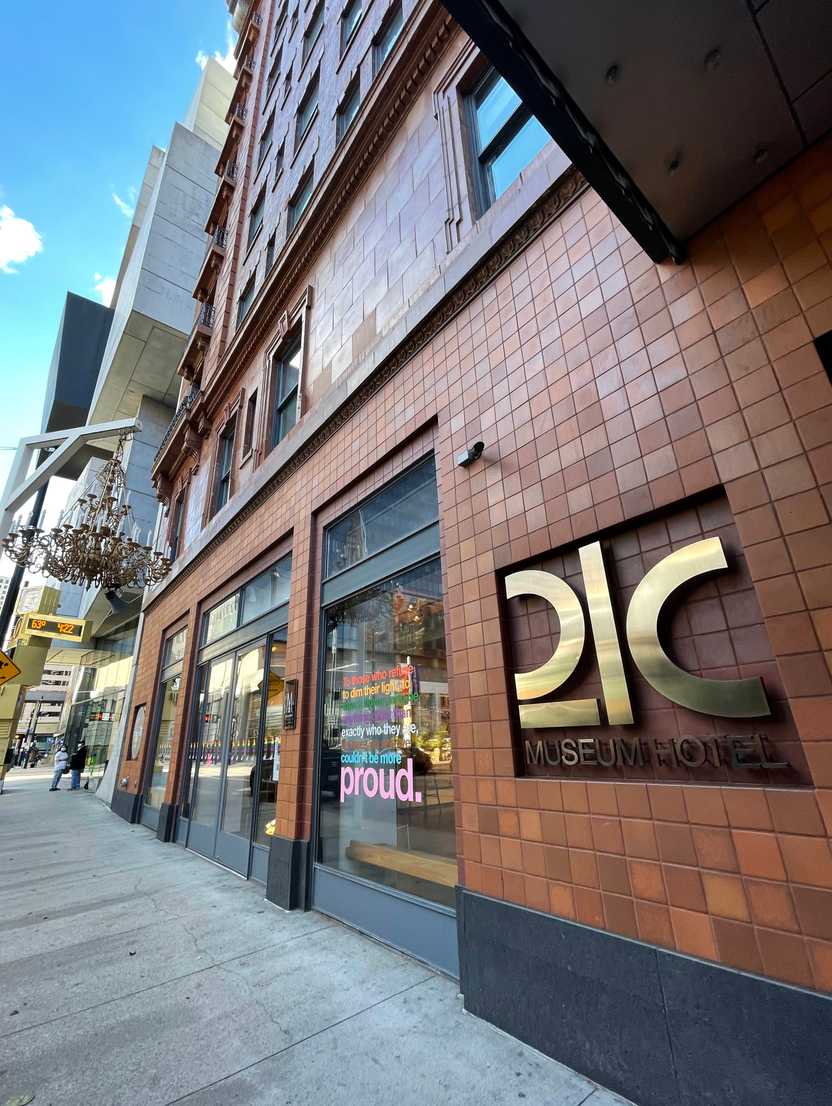 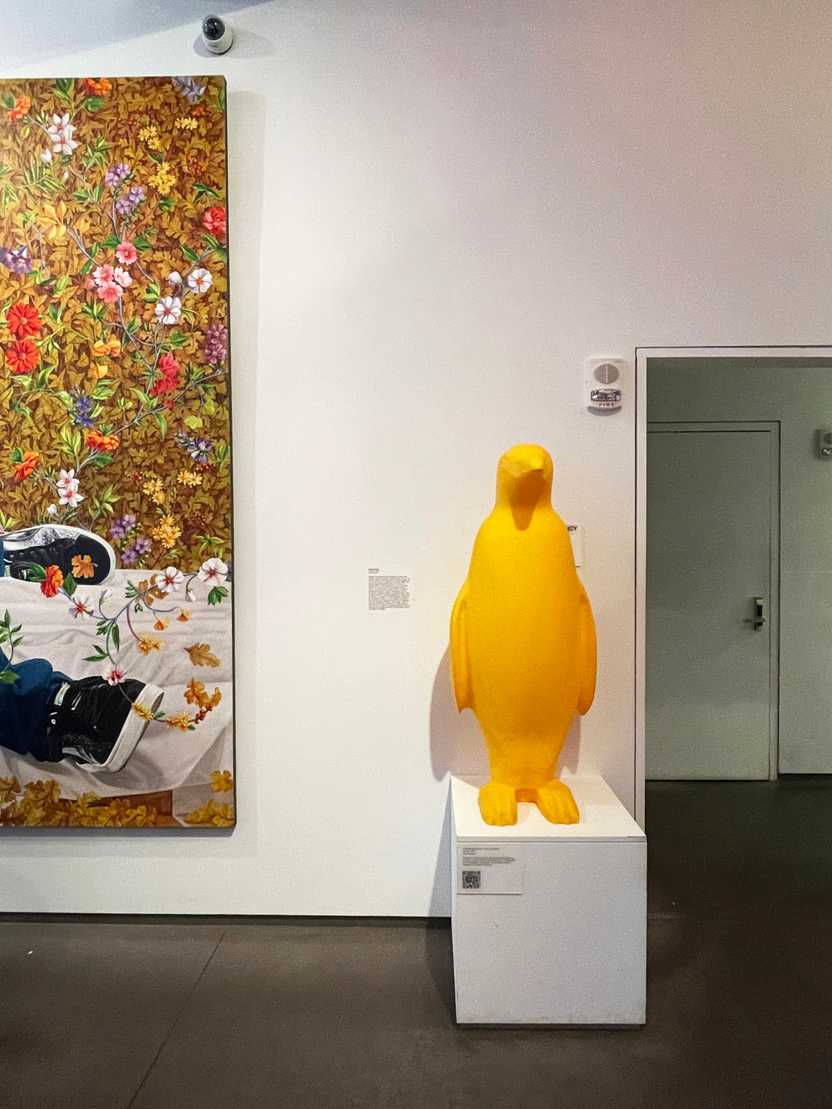 Downtown Cincinnati is home to an amazing contemporary art museum, the CAC. The building itself is impressive, designed by famous architect Zaha Hadid with an inviting curved wall that welcomes visitors into the space. The museum rotates exhibits often and has free admission. On the top floor, kids (and adults) will love the “UnMuseum,” an interactive space with art you can touch.

Next door to the CAC, the 21C Art Museum Hotel also has two floors of free modern art exhibits. Combine both and enjoy an afternoon admiring art that will likely open up your mind to new possibilities. 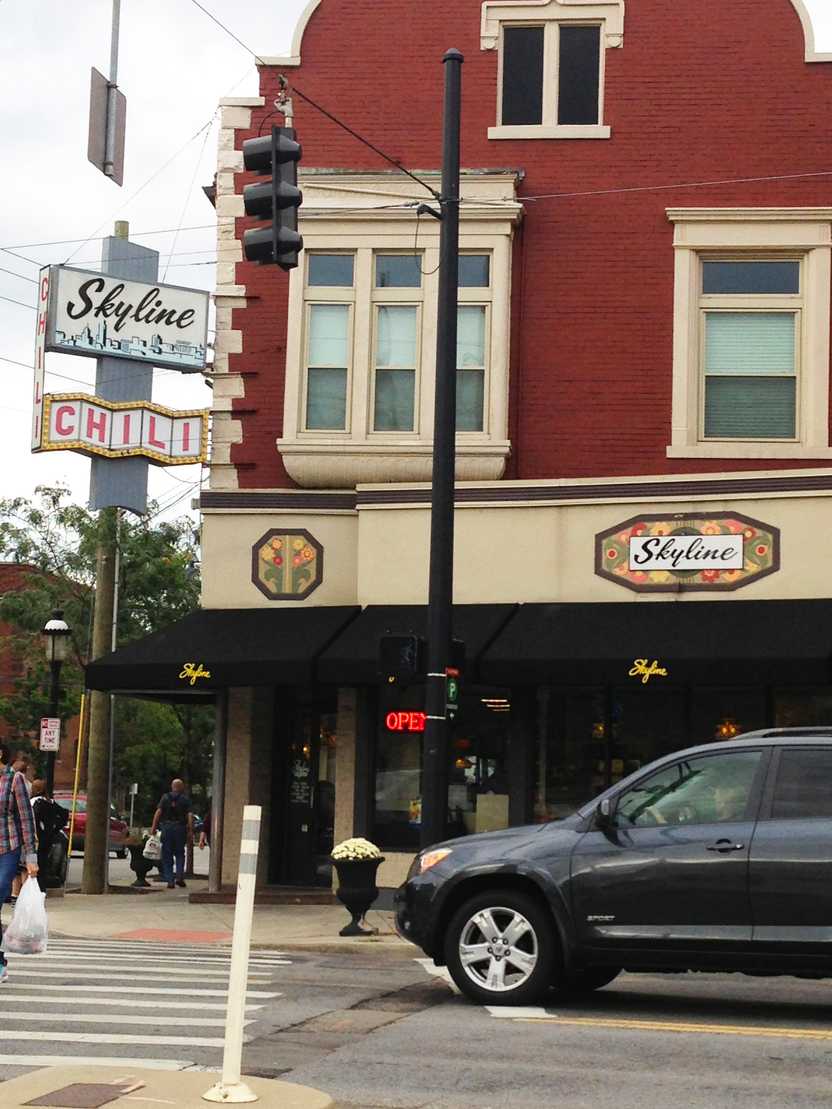 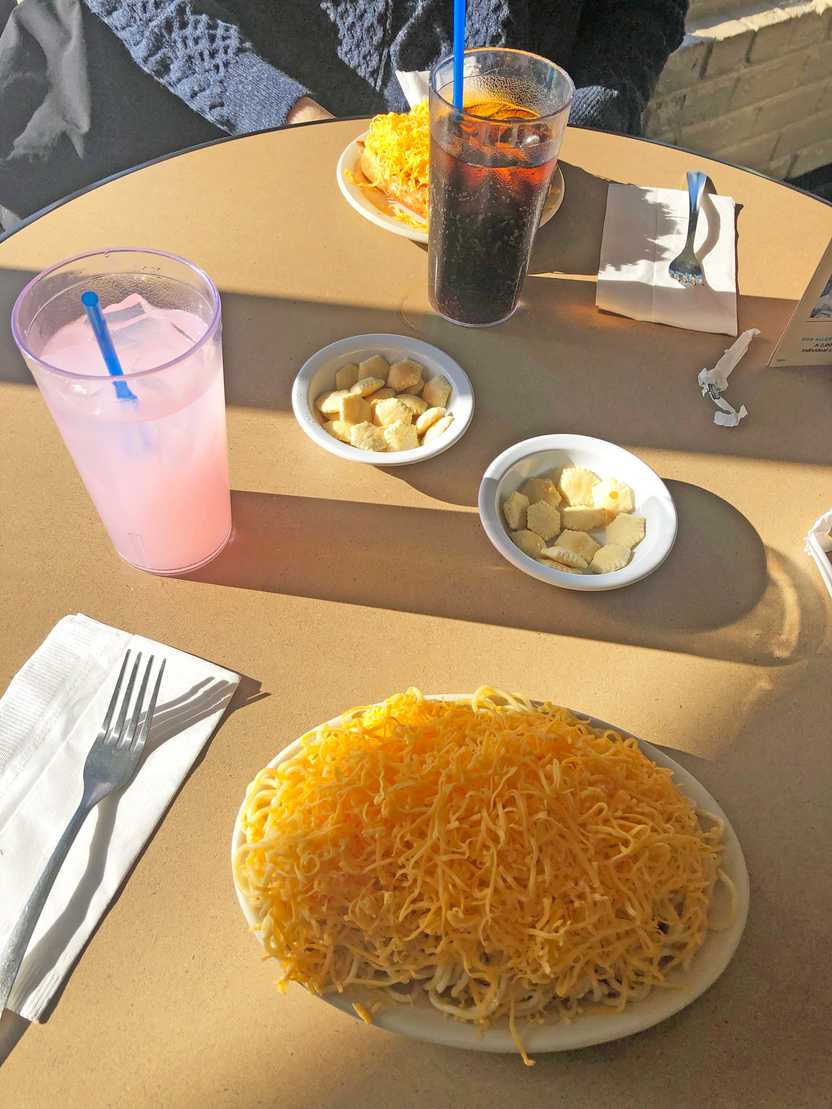 Cincinnati is famous for a unique type of chili that is quite different from the traditional chili you might find in places like Texas. The chilli is served over spaghetti or hot dogs and more similar to a meat sauce. The style originated from Macedonian immigrants in the 1920’s and has developed a cult-like following today.

You will order your chili as a “three-way,” “four way” or “five way,” depending on if you would like onions and beans in addition to the classic spaghetti, chili and cheddar cheese.

There are a few different restaurants that offer Cincinnati chili and the question of which is the best is hotly debated. For the biggest restaurant chain that serves the chili, visit Skyline.

Skyline opened its first location in 1949 and has now expanded to 160 locations in four states. I recommend that you visit the Skyline Chili on Ludlow Avenue. This is the oldest standing Skyline chili and has beautiful vintage signs out front.

Mount Adams is another neighborhood in Cincinnati that is worth your visit. This picturesque neighborhood is up on a hill to the east of downtown and offers views overlooking the city. I recommend visiting Blind Lemon for a unique bar in an alley and Mt Adams Bar and Grill for classic burgers and pub food.

Mount Adams is also home to Eden Park. This giant park not only has beautiful river views, but is home to the Cincinnati Art Museum and Krohn Conservatory.

The Cincinnati Art Museum has an art collection with over 67,000 pieces that span 1,000’s of years. General admission is free and there are often exciting rotating exhibits. Krohn Conservatory is made up of gardens and greenhouses housed in an art deco style building. It’s a beautiful place to see a variety of plant life.

10. Watch the Cincinnati Reds and Visit the Hall of Fame

If you’re a baseball fan, attending a Cincinnati Reds game is a fun activity for all ages. The stadium is full of local food and drink options and there is an iconic steamboat replica out over the outfield. If you visit on a Friday, stay after the game to see a special firework display over the stadium from Rozzi’s famous fireworks.

If you happen to visit on Reds Opening Day, the entire city celebrates with a parade. If you visit outside of baseball season, you can still visit the Reds Hall of Fame at the stadium and learn about the history of the team.

If you live in Cincinnati or have more time to spend there, check out my 100+ date ideas in the Cincinnati area for many more hidden gems and fun activities all around the city.

The Best Things To Do at New River Gorge: Hiking, History & More

The Best Things To Do in the Wichita Mountains: Hiking, Scenic Views & More

The Best Things To Do in Hocking Hills, OH: Hiking Trails, Food and More